4 Reasons to Get Winter Travel Insurance When Traveling to The U.S.

Posted on on February 13, 2015 by Insurance Services of America in Blog

Although the West Coast of the United States seems to be almost immune to winter weather, this is not the case for much of the rest of the U.S. Much of the East Coast is already blanketed in several feet of snow with another blast of Arctic weather on the way. If you are planning to travel abroad to the U.S., winter travel insurance can ensure you are not stuck out in the cold if weather interrupts your travel plans. Here are 4 reasons to get winter travel insurance.

Although you may be able to plan most aspects of your winter trip to the U.S., weather is often unpredictable. A winter travel insurance policy can help you cover any expenses incurred if your trip is delayed. This can cover reasonable travel expenses including accommodations, meals, and transportation until travel becomes possible.

Oftentimes when booking a vacation, you may be required to make a deposit to secure your room or buy non-refundable tickets. In the case that your vacation is delayed or cancelled at the departure point, winter travel insurance can help. A policy can provide coverage if your trip is cancelled due to a covered reason such as severe weather. You can receive reimbursement for any pre-paid, forfeited and non-refundable trip costs up to your selected limit of coverage. 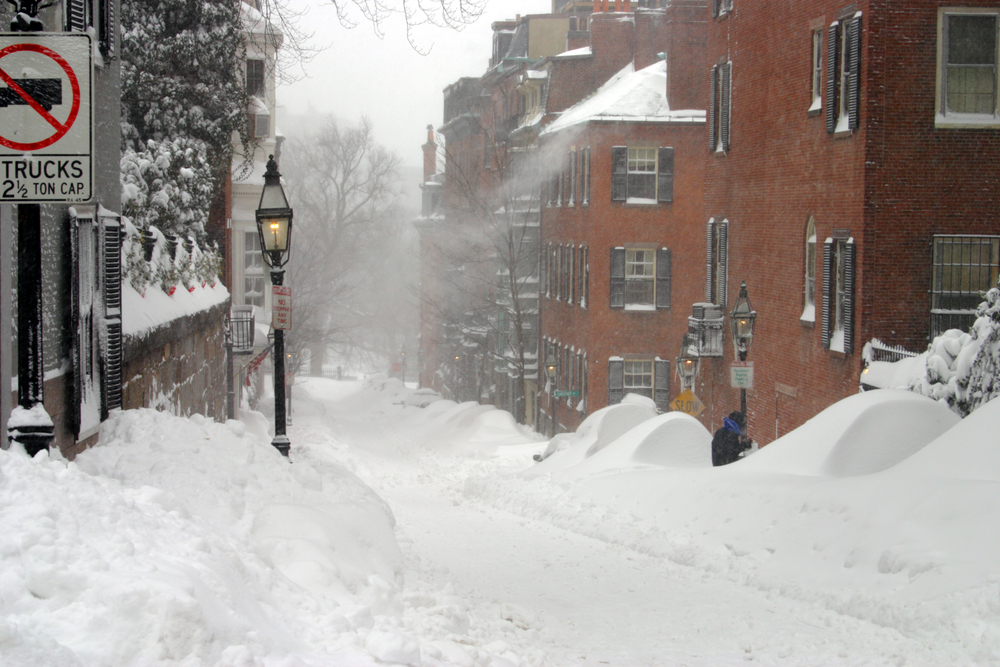 After all of the preliminary planning it took to get your vacation underway, it can be frustrating if something such as weather causes delays or cancellations. Most winter travel insurance policies include valuable assistance services. These services will work with airlines on your behalf to find and book a new flight to help get your U.S. vacation underway. This will help alleviate some of the stress of a delayed or cancelled trip.

If you have done your due diligence and checked weather forecasts for anywhere you are planning to travel on your vacation, you may think you don’t need winter travel insurance. While this may be the case, many of the severe winter storms that have been affecting the eastern and southern U.S. this winter, have been relatively quick forming. 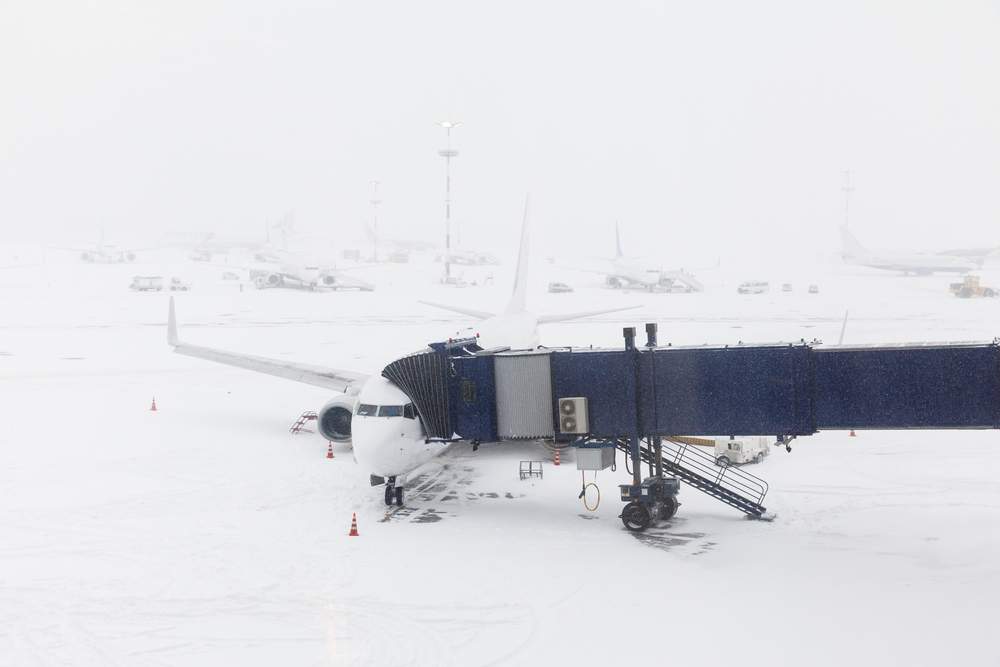 Most winter travel insurance providers will allow you to purchase a policy up to 24 hours before a severe winter storm warning or watch is issued. This means if you have a vacation planned and it looks like a storm is forming where you are going, you can still purchase a policy as long is it is at least 24 hours in advance of any watches or warnings.

Even if a policy is purchased after the 24 hour watch and warning window, you will still be able to take advantage of most of the services offered by your policy provider.

The U.S. is a great place to visit in the winter, as long as you take measures to ensure severe winter weather doesn’t cause delays or interruptions. If you are interested in learning more about winter travel insurance or overseas health insurance, contact Insurance Services of America at (800) 647-4589 or 01 (480) 821-9052 today.

What Are Your Green Card Insurance Options?

Posted on on February 9, 2015 by Insurance Services of America in Blog

Although requirements will vary depending on your specific situation, most lawful residents and green card holders are required to have qualifying health insurance according to the Affordable Care Act. Depending on your current resident status, you will have a number of different option available to you. It is important to meet with a qualified insurance professional to determine what health insurance options are right for you.

Green card holders or lawful permanent residents are not much different than U.S. citizens when it comes to health insurance. Depending on your specific circumstances, you can get health coverage from your place of employment, through a public assistance program or through an individual plan purchased through the health insurance marketplace.

If you are a green card holder who travels frequently between your home country and the U.S. you may want to consider purchasing short term travel medical insurance to stay covered when you are in the U.S.

Medicare is a need based federal health insurance program designed to provide coverage to those with little to no income. This may be available for green card holders who meet certain criteria. Lawful permanent residents may qualify for Medicare if they can prove they have worked in the country for 40 quarters (10 years).

Green card holders who are over the age of 65 and have lived here for 5 years, but don’t have the work history can either buy into Medicaid for a small monthly premium, or purchase an individual private plan from the health insurance marketplace. Those who purchase through the insurance market place and cannot afford the premium may qualify for federal subsidies to help cover the cost.

It is important to remember that for most current insurance plans in the U.S. you may only include qualified family members. This mean your spouse and dependent children can receive coverage under your plan, but your parents may not. Even if your parents are current green card holders as well, they will be responsible for finding their own health insurance coverage.

For lawful permanent residents who are participating in a green card sponsorship program for their parents or other family members, it is important to be aware of your responsibilities when it comes to health coverage. You may be responsible for any medical expenses they incur while under your sponsorship.

Your options will vary depending on your specific circumstances, but it is important to make sure you are covered. If you are interested in learning more about what options are available to you or are a green card holder interested in purchasing travel medical insurance, visit Overseas Health online or call one of our insurance experts at (800) 647-4589 or 01 (480) 821-9052 today.

The Process Of Studying In The United States

Posted on on February 3, 2015 by Insurance Services of America in Blog

When it comes to studying in the United States, there are a few requirements that must be completed prior to entering the country. Most students from foreign nations will take two specific tests, which are called the TOEFL and the SAT.

The TOEFL is a test of English language proficiency. It’s specifically for non-English speakers looking to attend universities in the U.S. Meanwhile, the SAT is a widely known test that provides a basis for the academic abilities of the student. Most believe the SAT is harder than the TOEFL, but both are often required for those looking to study in the U.S.

Preparing for the tests

Before you start to prepare for these two tests, it’s important to understand what to expect. Both tests will have a heavy emphasis on English vocabulary terms and their use in conversations and applications. Even though the TOEFL won’t require as many words as the SAT, it’s important to work on your vocabulary.

This test is a great way to start, since it focuses primarily on language proficiency. If you understand the English language, you will be able to answer the questions correctly on this test.

Prepare for the tests separately

Trying to prepare for both the TOEFL and the SAT at the same time can become confusing and overwhelming. Instead, prepare for just one at a time to ensure you don’t create even more stress for yourself.

Be aware of the transition from the TOEFL to the SAT

While preparing for the TOEFL can help to build your vocabulary, transitioning into SAT preparation can be quite different. It may take some time to adjust to the preparation used for the SAT.

Many students struggle with the difference in learning styles for both tests. Often, students will retake the TOEFL test after they have taken the SAT and it will be much easier.

What else will you need to study in the United States?

Along with these two tests, students wishing to study in the United States may need a visa, travel insurance and other items in place before leaving their home country. Students may also need to have already been accepted by a school and may also require permission from their home nation.

Travel insurance is a very important part of the requirements necessary to study in the U.S. It will help the student if they become ill or have a medical issue, ensuring their protection in a foreign land.

When it comes to choosing the right travel insurance to the USA, it’s important to find a company willing to cater to your needs. The right specialists will be able to help walk you through the process and make sure you have the coverage you need to study in the United States.

Studying in the US vs the UK

Posted on on February 2, 2015 by Insurance Services of America in Blog

If you’re a student in the United Kingdom, and you’ve ever considered studying abroad in the United States, it’s important to consider that there are many variations between the systems of education. Here are a few of the key differences that should be considered before making the decision to study overseas.

In the United States, colleges are referred to as “4-year universities” for a reason. While the length of study varies depending on what choices a student makes (e.g. transferring, changing majors, taking AP courses in high school, workload), most students are expected to finish their undergraduate degree in about four years. If a student chooses to pursue further education, such as a master’s degree, they will be in school for another two years at the minimum. Some degrees can even add four or more years of education after the undergraduate degree has been obtained.

In the United Kingdom, time spent in school is compressed significantly. General education and elective courses are curtailed, if not entirely omitted from studies. As a result, students obtain their degrees in about three years. Also, graduate degrees are not always necessary to successfully practice in some fields, as qualifications can be obtained within the three-year undergraduate period.

While students in the United Kingdom are lucky enough to find themselves in school for a shorter period of time, they are often under much stricter scrutiny. On the surface, it may seem as if it’s easier to earn an “A” in the UK, as it is only necessary to obtain 65 percent or higher (in the United States, a 90 percent or higher is required). Although a lower percentage is required to get an “A” in the UK, only a few students in any given class will earn the grade, as grade inflation is not common.

For better or for worse, American universities have a certain stigma surrounding them. Many may call to mind scenes from National Lampoon’s Animal House, where toga parties and binge drinking are the norm. While these hyperbolic narratives don’t ring true in the majority of cases, they aren’t entirely fictitious. Fraternities and sororities, with all of their partying and pledging, are not something you are likely to encounter anywhere else in the world. In fact, many students who travel to the United States are likely to testify that that have never encountered anything like Greek Life.

If you do decide to study abroad in the US, being prepared by having holiday travel insurance is in your best interest. For more information on travel insurance plans, get in touch with Insurance Services of America by calling (800) 647-4589.